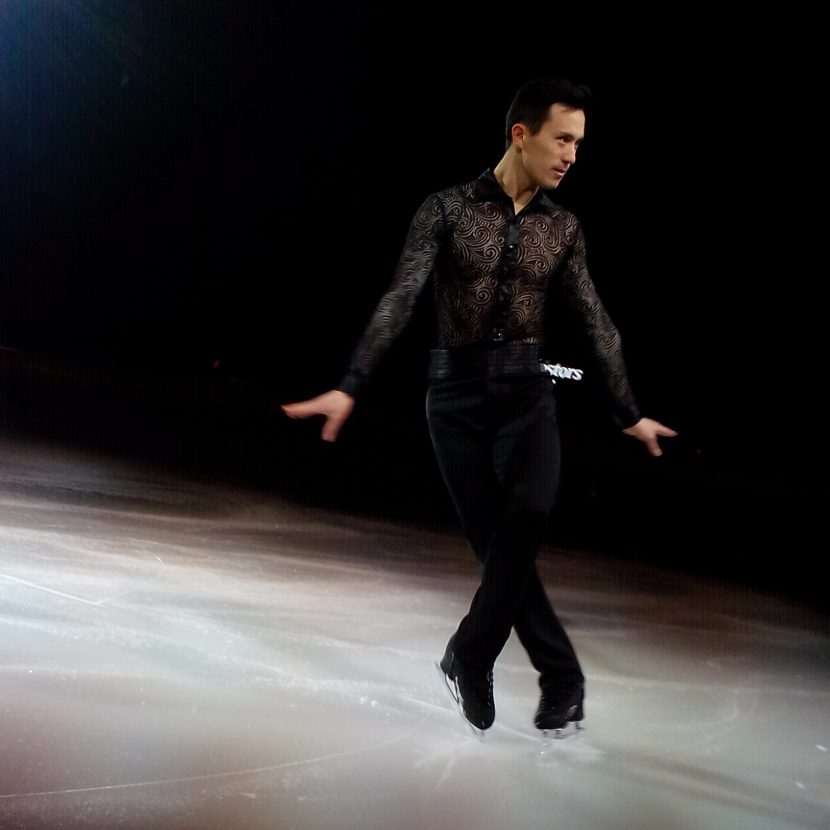 Ever since I saw this gorgeous fan’s photo (below) of Patrick Chan and Jeffrey Buttle wearing her crocheted scarves (cowls), I knew I had to find out more. VChan has met Patrick twice during Stars On Ice meet and greets during the past two years. Much thanks to her for generously sharing her media and […]

May 21: Patrick Enjoys the Beach After a successful conclusion to the Stars On Ice tour, Patrick stayed in Vancouver for the weekend and enjoyed the chilly beach! Discovering #Vancouver with amazing people!!!🇨🇦Descubriendo Vancouver con gente estupenda!!!#inlovewiththisplace #Canada #figureskaters pic.twitter.com/HIonbniYlA — Luis Fenero (@LFeneroPodium) May 22, 2017 May 18: Vancouver Show Videos from Vancouver A […]

May 14: Calgary Show What a way to end a great Stars On Ice week – on Mother’s Day! Patrick introduced the video for the group: 💜💜💜#HappyMothersDay! pic.twitter.com/z4wnVIHIag — Stars on Ice (@starsonice) May 14, 2017

Our Blackbird has flown to the other side of the Pacific Ocean for the ISU Four Continents Figure Skating Championships (4CC) in Gangneung, South Korea. This time, defending champion Patrick is up against some of the top jumpers in the world in what promises to be a quad-intensive competition! パトリック・チャン様

All the graphics I created to wish Patrick good luck or commemorate each competition, etc. Of course he will always be a winner in my book! .@Pchiddy Happy Chinese New Year! From Blackbird to Rooster, I wish you soaring confidence, clarity, and calm in 2017! Fly high! #CNY #新年快樂 pic.twitter.com/i6xIUJhmkU — PC Skating Fan (@PCSkatingFan) […]

2017 Photochans Space Patrick Chan pic.twitter.com/ZdVSmgD79v — のん (@aimi1925) February 20, 2017 2016 Photochans That’s a wrap to this year’s #HPCamp16 Off to the next adventure! pic.twitter.com/SurNGQfwPq — Patrick Chan (@Pchiddy) September 3, 2016 Ever since Patrick posted this image of him against a green screen, we fans just couldn’t help but have fun “photoshopping” […]