Our Blackbird has flown to the other side of the Pacific Ocean for the ISU Four Continents Figure Skating Championships (4CC) in Gangneung, South Korea. This time, defending champion Patrick is up against some of the top jumpers in the world in what promises to be a quad-intensive competition!

For more information on the event, visit the official Four Continents English site or Korean site.

In a very recent interview, Patrick said that the skating and remaining healthy are more important to him.

I’ve said it over and over again: the skating is more important. It’s cool to see the other guys pushing the boundaries. It’s amazing to see them rotate these jumps. I’m in awe. I’m going to stick to my plan. I’m not going to change it, according to that.

He also said that seeing a psychologist was a “a leap of faith” to help him focus on himself and not on the competition. To that end, he has been reading a book, “The Rise of Superman.” 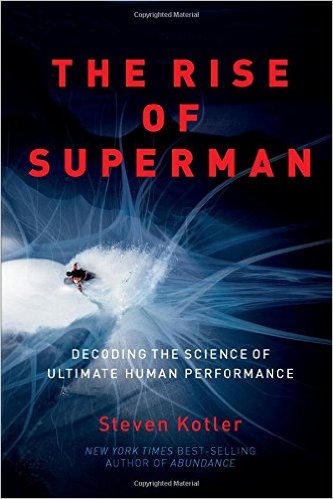 Patrick has confessed before that he normally doesn’t read much, so I am happy that he is taking time to learn more about performance psychology. I will be interested to see how much his new knowledge affects his performance at 4CC (in a good way)! He also said that he wants to master the mental game (article):

My goal is to be able to face these moments of mental challenge and physical challenge. We wouldn’t be at this level if we couldn’t meet the physical challenge, but to be beyond and at a higher level, elite, the top of the top, is to master the whole brain side of it.

The above-referenced article takes a skeptical view towards Patrick’s newfound interest in sports psychology. In my humble opinion, my advice to him would be: “Psst, Patrick, don’t talk about it so much! Most of all, don’t listen to those skeptics and believe in yourself!”

The men will begin practicing on Valentine’s Day (Tuesday, February 14). Patrick is in Group 2:

For those of you watching the event live, the Men’s short program event will begin on Friday, February 17 at 17:45 PM local time, according to the competition timetable. Here are the global time zones:

The Men’s free skate will begin on Sunday, February 19 at 11:00 AM local time (an unusual time to be followed by a “Technical Panel Review Meeting” afterwards). The Exhibition Gala will begin the same day at 17:30 PM local time.

For more information on the event, visit the official Four Continents English site or Korean site.

Located on the northeastern coast of Gangwon-do, the name “Gangneung” (江陵市) means “river hill”. Gangeung has a population of nearly 250,000 people and is known for its beautiful beaches on both the eastern Korean coast and a lake. See the official tourism site in multiple languages here. Gangneung is 14 hours ahead of Canton, Michigan.

Patrick competed and won this event three times in 2009, 2012 and 2016. Last year, he went from fifth place after the short program to winning by one point with his flawless Chopin long program that featured two quad toes and two triple axels for the first time ever in his career. I remember being breathless as I watched him complete all of his jumps all the way to the final spin. Just spectacular!

This year’s competition will be held at the Gangneung Ice Arena from February 14-19, 2017. See the detailed practice and competition schedule and the official announcement and information package.

Tickets can be purchased here.

Besides his coaches and Skate Canada’s High Performance Director, Mike Slipchuk, Patrick will be in Korea along with 17 other Canadian skaters: (link). His Canton training mates Nathan Chen and the Shibutanis will also be at this event.

Patrick will compete against the other men on this list. Following are the top-ranked skaters according to ISU’s World Standings (Patrick currently ranks #7):

Last year in Taipei, Boyang Jin and Han Yan took second and third place after Patrick, respectively. This year promises to be a quad showdown between Patrick vs. Yuzuru vs. Shoma vs. Boyang vs. Nathan… whew! I’m sure they will have our heads spinning for the entire competition!

With the intense competition at 4CC, I agree that remaining healthy and not focusing on his competitors is of utmost importance to Patrick. No matter what happens, I hope he will just focus on his goal of accomplishing two clean skates with inner peace throughout the nerve-wracking process. Patrick cannot control the external factors at the event, such as ice conditions, the competition, etc., but he can control his mental state during his performances. May nothing disturb him as he prepares to do his best. Go, Blackbird, go!

P.S…
In the meantime, check out these cute replicas of Patrick’s short program and long program costumes by @patrick_han9!

Next, on to blogging the competition!