New Update (February 2018): Around August 2017, Patrick had mentioned selling his GTR to a new owner. This makes his time of ownership approximately 18 months. The new owner, Mikey Marotta, posted this photo of his car beside the GTR while Patrick still drove it in Michigan. The GTR is pictured on the left. 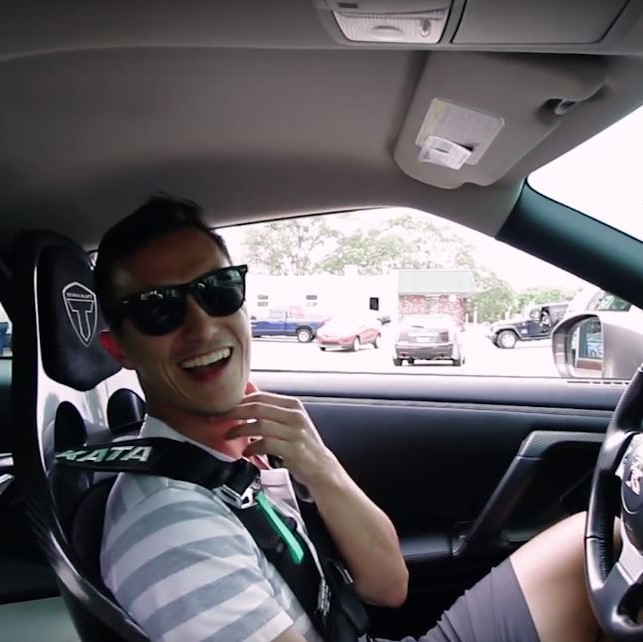 Hello skating fans! For those of you who prefer only to watch Patrick with his dog, skip to 0:14 and 10:41 of the above video. Otherwise, welcome to this episode of “Lifestyles of Rich and Famous Figure Skaters”! I am writing this post on the fly very early on a Sunday morning, so pardon me. But many thanks to CZeroMedia for posting this video review of Patrick’s latest acquisition, a GTR that belonged to the late actor Paul Walker. What I love about this video is that I get to hear Patrick talking for more than 10 minutes (curse you, rain!) as he drives. Not only that, he is relaxed and smiling throughout most of it, too!

A few facts about the car, nicknamed “Buster”:

Patrick laughs at the beginning of the video when he is told that they will, “talk about you, too.” He explains the history of Buster and how Paul Walker had it as a shop car, and then goes into technical detail about what the guy who owned it before him did to enhance it. Yeah, those acronyms and terms roll off his tongue like nothing. Watch the video in HD if you can so you can see what he does with his controls. At around 2:28 he goes up to 800 horsepower, bringing his speed from 38 mph (61 km/h) to 78 mph (126 km/h) in around 3-4 seconds. At 3:06 he has that look of concentration (familiar to us all when he skates) as he accelerates to 102 mph (164 km/h), causing fits of giggles. 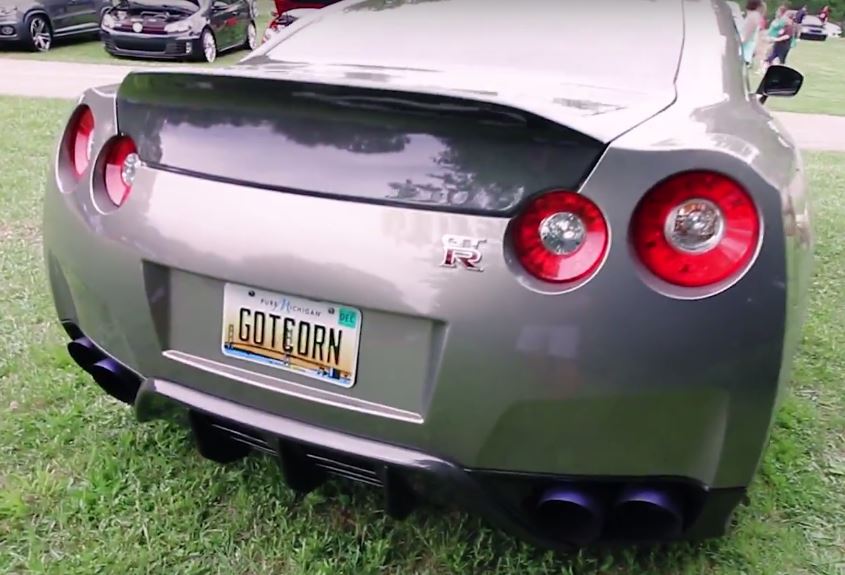 Next, he reveals that he still has his ’05 EVO VIII, but it’s getting transmission work done because, well, it broke (more embarrassed laughter). But back to the GTR – the car does “terrible” in the rain. Patrick said he got it during the spring (after Worlds 2016?) and drove it to work for two weeks while his daily was in the shop. Wait – work? I didn’t know you worked at McDonald’s, too! Oh… that work! Must have been nice to pull up into the Detroit Skating Club‘s parking lot in that new ride! I wonder if the thrill of owning this GTR made up for his disappointment at Worlds?

The car runs on FlexFuel, and Patrick says it’s fun and quick even without the boost. Now I wish they had gotten footage from outside the car (as he suggested) so we could have heard its jet-engine sound. Make way, everybody! Patrick is coming! The car is unassuming but powerful enough for drag racing. Patrick then demonstrates by going to 1,000 horsepower, and probably went up to at least over 120 mph (193 km/h) in 5-7 seconds. They compare the car’s performance to the EVO, and Patrick mentions a buddy named Stan (perhaps Konstantin Chizhikov). The car has had $125K in parts added to it by Chris, the former owner, who gets a lengthy mention and description of his new Lamborghini by Patrick. 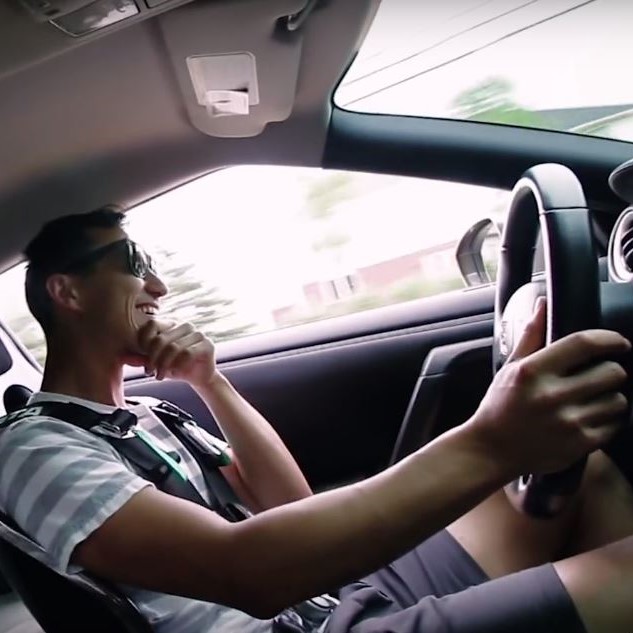 When asked how it feels to be in a car formerly owned by Paul Walker, Patrick says “forget about it” and muses that he could donate the stock seats to a car museum. The current seats in the car are Tecnocraft carbon fiber seats, which are super thin and light but very comfortable and stable. Hmmm, reminds me of his skates. At 10:13 Patrick comments on someone scraping their car (while stroking his chin). Haha, I wonder if he makes comments like that at the rink?

The in-car review was cut short due to the rain, so next we see them walking down a nice street in Rochester, Michigan (Patrick has a funny pout). The lucky dog is nicely tucked under his left arm, and he promises that the spontaneous demonstration will be continued, this time at 1,300 horsepower. Whoa, I wonder what top speed he will reach next? They should track how fast Patrick skates across the ice, too! With a thumbs up, Patrick tells us to stay tuned. (At the very end of this video, Patrick reveals that unlike other race cars, his has a rear-view camera, ha.)

Read the funny video comments below here. I’m with commenter “Poor Man Mods”, who wondered how Pchiddy could afford this car (icewine sales must be very good). Don’t you still need to save up for college or a house or something, Patrick? Oh well, enjoy the car, and may it live long and prosper!

One thought on “Lifestyles of Rich and Famous Figure Skaters”