A roundup of all the Patrick Chan news since Stars On Ice Vancouver. See how I finally got my own bottle of icewine below!

Patrick happily used his legs to power up his iPhone at the Calgary airport!

Patrick traded questions and answers with Piper and Paul in his first Periscope broadcast today! See my transcript below.

Check me out on my inaugural periscope sesh! https://t.co/rB5ilVJCcz

Paul: Hello Twitter! This is Paul Poirier, ice dancer speaking at the COC Media Summit, and I am here with my friends – Piper Gilles – Patrick Chan! So we’re going to do some rapid fire questions… I think Patrick is gonna start… we’ll wait a few seconds…

Piper: No, it’s not raining in here…

Paul: No, it’s not raining, but I do really like this hat. So I see a few people joining… feel free to send comments or questions as well… but we’re just going to do some rapid fire amongst ourselves.

Patrick: Are you a believer?

Paul: No, actually, look what happens when it spins! It spins…

Paul: Socks and sandals. Together.

Piper: Just sandals. (points at Paul) Fashion faux pas. He does it all the time.

Paul: You suck up, you suck up!

Piper (laughs): Come on, he’s right there, come on…

Paul: I was gonna say myself, but I think that sounds conceited.

Patrick: No, it’s both me and Paul…

Piper: I know, but I’m asking you.

Paul: I have more time to think.

Patrick: Okay, I’ll stand there. (moves to Paul’s side)

Piper: All right, here we go.

Paul: Sorry, did I poke you in the head?

Piper: Yes, stop poking him. Okay… Elvis or The Beatles?

Piper: Yay. Anyone see the new… what is it? Sirius XM? They got a new Beatles channel…

Paul: They have a new Beatles station?

Patrick: Is it really good…

Pipers: It’s just Beatles all the time, all day, every day…

Patrick: I could spend for that… okay, okay…

Piper: Stay current here, fellas… So… I’m not going to go with the one they told me to do…

Patrick: (leans toward camera) Look at the comments here… What about Donovan Bailey?

Piper: Three things that are always in your fridge?

Paul: All right, for myself, maple syrup…

Piper: Spit it out!

Paul: …and vegetables, that’s all.

Paul: Yeah, I know. Well, it depends… I get vegetables from the farm, so it depends on what’s in season.

Paul: Whatever. Okay, so, we’re going to ask questions now for Piper and Patrick. First question, ’cause I love food… Cake or pie? Which is better?

Paul: I agree with that.

Paul: I don’t… (points at Piper) that answer.

Paul: Sorry, keep poking people in the head. Who is that?

Piper: Stop poking! Get on with the questions, it’s rapid fire!

Piper: Keep them on task!

Paul: Jeans or sweats? I feel like that’s another good one.

Patrick: It depends on what I’m doing. Where am I going?

Paul: Just in general. That’s what the question says.

Patrick (laughs): Expensive. Like I always had expensive? (He strokes himself) I’m classy.

Piper: Keep it stylish! No sweatpants for sure…

Patrick: And I’m not even wearing jeans now…

Paul: Honestly, with our skater legs, if you don’t get good jeans, they just rip… right away, right?

Piper: You need good jeans with a little bit of stretch.

Piper: I would say Kelowna. It’s got mountains, water, and wine.

Paul: And I’m going to be uber-biased and say Toronto, because that’s where I’m from. Actually all three of us…

Piper: It’s Ottawa. Well, he is from Ottawa.

Piper: Well, he is from Ottawa. I mean…

Paul: We were both born there.

Patrick: We were both born in Ottawa…

Patrick (not too keen): Yeah… I guess…

Piper: Yeah, it was great…

Piper: All right… thanks for watching our little Periscope thing.

Paul: Yeah, thanks for joining us. Feel free to keep commenting and tweeting back.

Videos and Photos of Patrick and Team Canada

You scored in my heart, babe! pic.twitter.com/tSX9bfT22J

CUTE!!! And Patrick looks 19 there😍 pic.twitter.com/oUmuQUkx31

Spending the weekend in Calgary with Canada's top medal prospects for PyeongChang, including Patrick Chan. pic.twitter.com/OC8tdNLKEt

Dinner at the River Cafe

Patrick was with Team Canada at the InjaNation ninja warrior gym in Calgary, where he climbed walls with Meagan Duhamel and demonstrated the strength of his right arm!

Patrick attended the 2017 Game Plan YYC Summit in Calgary today! Game Plan is a wellness program that helps athletes live "better and more holistic lives". The YYC Summit is especially relevant to Patrick because its purpose is to help elite athletes find the right career fit and transition to "real life" after they retire from competition. 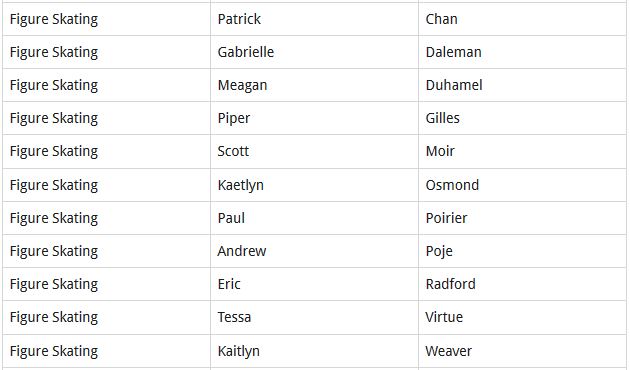 May 31: Bringing Home the Icewine

I got a bottle of Patrick's icewine! Over the U.S. Memorial Holiday weekend I took a trip to see relatives near Niagara Falls and thought maybe I could go to an LCBO nearby and buy two bottles of "On Ice". Alas, when I called, none of the stores nearby had any bottles in stock except for one that was 20-30 minutes away. But luckily they had it and held it at the cash register for me. My family was a bit anxious as we had never driven in Canada before, but we arrived at the LCBO just fine and the first thing I saw was this bottle of "vintage" icewine at the register! I had the pleasure of explaining to the young woman who rang it up why it was so important to me! 🙂

I wanted to get a second bottle of icewine, but that would have meant driving another 20-30 minutes to Flat Rock Cellars (they did have it in stock), and I wasn't sure we would be able to get back to the airport in time for the flight home, so I packed this bottle in a lovely Wineskin bag, put it in my luggage and it traveled over 3,200km home with me! Here it is, in front of my frame drum:

One of the other souvenirs I bought in Canada was this hockey puck. I was reminded that if it weren't for hockey, Patrick would have never become a figure skater. Here it is with the same bottle of wine.

For those of you wanting to know how the wine tastes, well... until I get a second bottle, I won't be tasting it. Of course it will be opened when Patrick wins a major competition next season!

Skating fans everywhere were abuzz about assignments for next season's Grand Prix competitions (see the list). Patrick was assigned to Skate Canada and the NHK Trophy!

It's true that the last time Patrick competed at the NHK trophy was... 11 years ago.

How interesting that Patrick will go to Japan instead of France or China for his second Grand Prix competition next season. I think it's a great opportunity for Japanese skating fans to see more of his fantastic skating skills! Many of them already appreciate the flowing quality and beauty of his performances, and I have no doubt that they will love him more, regardless of his final standings there. Good luck to him in advance!