Patrick finished in first place with a score of 91.50! His performance was not perfect, but still appreciated nonetheless.

With so many of the men falling on their jumps, there was speculation about the ice conditions in Ottawa:

Can someone check the ice is OK there in Ottawa? Tough skates for most of the men tonight… Hope for better tomorrow! #CTNSC17

Below are photos of the ice tonight, along with a warning:

'This is a good practices' said @pchiddy about the SP - he had some issues w/jumps but is in lead w/10 points... https://t.co/zX1J1oyxWQ

Yes to figure skating and a Patrick Chan (my mom is huge fan - three generations going to gala on Sunday - my mom & DD9) https://t.co/IXlC9UsFbn

.@Pchiddy: not as tidy or quite as emotional as normal, but his skills and flow are undeniable. #CTNSC17

Love to watch you skate Patrick, but the women out-skated the men today at #CTNSC17. pic.twitter.com/MWCx4UmOQt

Patrick Chan in the house pic.twitter.com/ofs6Go6EKW

How Eric Radford Composed "A Journey"

Here's the video Patrick filmed months ago with Eric!

At a fan's request, below is a transcript of the video:

Eric (narrating): I have different sources of inspiration, but something that of course resonates so strong with me is the feeling of being on the ice and moving to music.

Eric: I think that, I'm in a little bit of a unique situation that way, as being a skater and a composer at the same time. I was in a hotel lobby after an event that I was at with Patrick, and... there was a grand piano there.

Patrick: He always starts playing piano whenever he sees a piano, so he goes right up and starts playing. I remember I was having a conversation with someone and I... immediately stopped the conversation and focused on what was being played. I'm expecting Beethoven or Tchaikovsky, but no, Eric said 'I've composed this, it's a piece that I've written,' and, you know, my jaw dropped.

Eric claps. Patrick exclaims, "Omigod! We did it! We did a duet!" Eric replies, "We are amazing!"

Narrator: Eric Radford is a two-time world pairs champion with partner Meaghan Duhamel. He and Patrick Chan have known each other for years. After last summer's hotel lobby encounter, Patrick decided to skate to Eric's music.

Patrick: I knew it was special to Eric, and I knew that it was a project of his to have somebody skate to it as a competitive program. I made that my goal; do the music justice by matching it with movement that was in passion.

Narrator: Together, however, required some work. Eric had to compose two pieces into one.

Patrick: He went ahead and... out of his busy schedule in the midst of him doing his own choreography for his own competitive program, found time to go to the studio.

Eric: We were a little bit under the gun when it came to the timing and the scheduling of getting it finished before they were going to start actually choreographing it. To do a project like this is more of an exciting adventure for me rather than a job. And especially with somebody like Patrick skating to it.

Patrick: The structure of the piece was shaped around the flow of a skater and how things need to be timed a certain way.

Narrator: The music is called, "A Journey", honoring the years of friendship the two skaters share. From their early days at Toronto's Cricket Club, to their multiple world championships, their bond has clearly evolved.

Patrick: When you can add another perspective to your competitive career by tying in a friend, a close friend, it does really help.

Eric: The first time I got to see Patrick skate the program live was at Skate Canada, and I really felt like I was taking his starting position with him.

Patrick: Whenever I hear it, I just feel the depth of the piece and how... it feels like it comes from Eric's soul.

Eric: He hit his quad-triple, and then he hit his axel, and I felt electricity through my body like I could feel goosebumps in my arms and I felt so connected to him and his program.

Women Narrator: Look at this work on the blade: Deep knees, perfect balance as he pressures the blade to gain more speed...

Patrick: By me putting my trust in this piece, I hope it will open other skaters' eyes and realize that the potential and expanding the horizon when it comes to music.

Blast from the Past

Adorable Patrick and Kevin Reynolds when they were very young...

And Nationals begin for the Senior skaters! Patrick practiced this afternoon and demonstrated his perfect poise, as well as a bit of conflict with the boards there...

"Magical" was how fan Blueberryhill described what it was like to see Patrick in person. See her entire onsite report here!

It was so much more special live… But even though it was only a practice there was a hush that came over the crowd and most of the other skaters stood by the boards during Patrick’s run through. Patrick had command over the ice. I’ve see Patrick skate in SOI and this is my second Nationals. I’ve felt excitement before watching him skate – today I got emotional. I love this program so much and watching him perform it live was magical.

In his latest interview, Patrick compared his state of mind between ten years ago and now.

'Old' Patrick Chan marvels at his younger self on eve of Canadian championship https://t.co/9RaqqisYlb pic.twitter.com/9Mh1Wfy195

I'm very proud of him for adopting a new philosophy this year of focusing on the process and not the results!

“I don’t like to plant the seed of: I’ve got to win this event. Or any event, in particular. It’s really against my philosophy for this year,” Chan said. “But nationals, I do hold myself at a higher standard.

On Crashing Into Boards

@rockerskating what type of updates ?! #fillmein #CTNSC17 update: Chiddy does a beauty 4t-3t with long program & Just ran into boards. ⛸👌

Chan just found out how square the corners are at this Ottawa rink; He ran into the boards during his run-through. #CTNSC17

But Patrick wasn't the only one who crashed into the boards - Liam Firus did as well (on-site report). What Patrick said about the rink (article):

“I lost track of space. But that’s what practices are for — to kind of get your bearings,” he said. “We were talking about it, all the guys in the change room: ‘The rink seems small.’ It feels square and really narrow — if I’m standing at one end, it looks really like a corridor. I think it’s just an optical illusion.”

Interviewing the great Patrick Chan who is in Ottawa trying to win a 9th Canadian championship @ctvottawa pic.twitter.com/sNjDtL8WII

Had to start this w/ one of my faves 😍💖 #patrickchan 📷: twitter.com/tonysunphoto 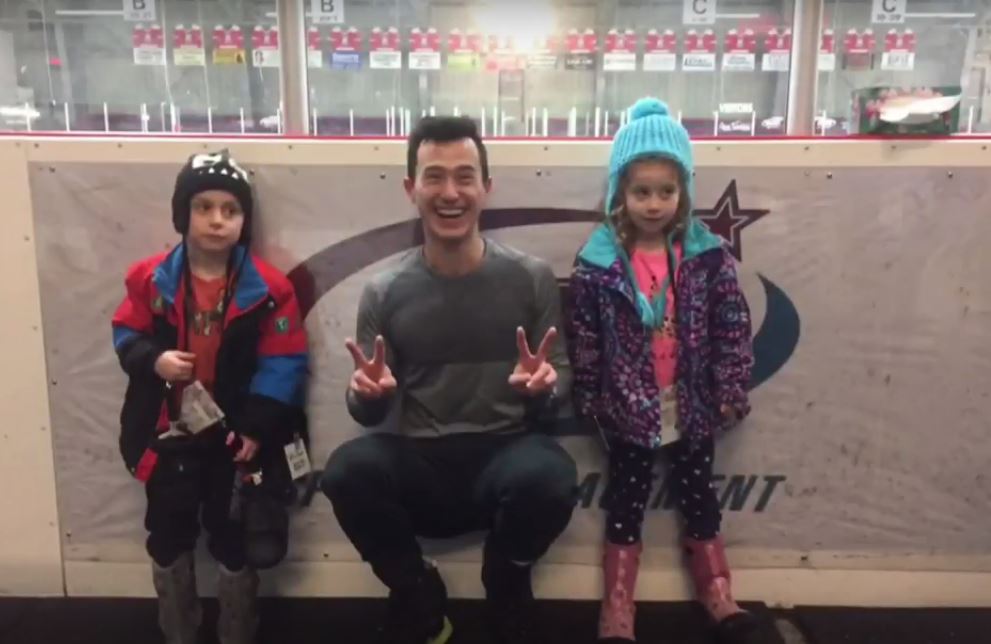 Where the Blackbird Flies: Stop 5 – Ottawa
My nationals preview with information on where to watch and more!